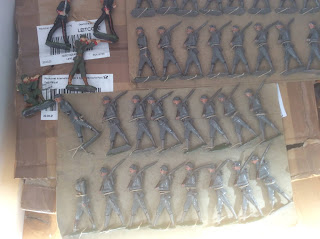 A new temptation has arrived in the form of German ebay where esoteric delights await in the form of toy soldiers not so readily available here. I am indebted to Franz who facilitated the purchase of these splendid semi flat toy soldiers for me as the seller was not posting to Britain. He also added in a couple of extras figures too. Thanks Franz! These 32 new recruits will serve alongside another 30 or so kneeling or prone figures semi flats in some interwar Funny Little War games as Army Black as she adapts to new times in the 1920s. Can l also recommend the book in the photo below as an interesting read about the Reichswehr organisation and the training methods used. 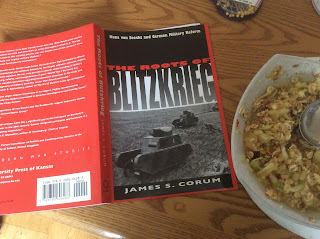