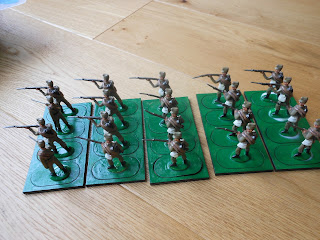 I have finally had a chance to put some Army White troops onto their bases and into movement trays.They are the same as ones I saw at the FLW Centenary event belonging to Dr Morton. They are made by Warbases . 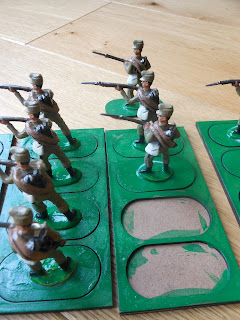 Some figures in and out of the movement tray. 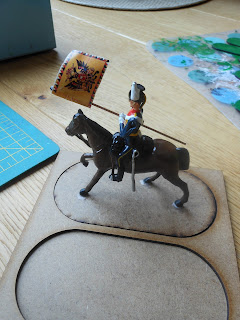 Finally the option I will be using for cavalry...
Posted by tradgardmastare at 07:15 5 comments: 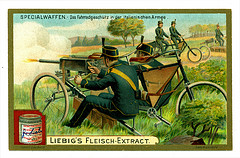 This morning in the Duchy of Tradgardland Library I came upon these interesting collection of cigarette,post and meat paste cards.i thought they might inspire a few new modelling projects for visitors to this blog... 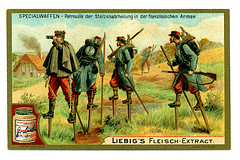 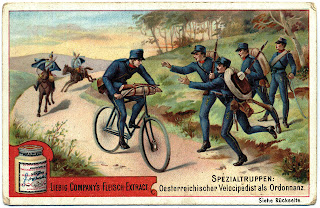 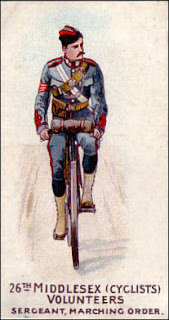 Posted by tradgardmastare at 01:22 4 comments:

Loads of ideas but little has happened practically due to continuing tiredness and/or virus.However this arrived at the weekend along with a Britains 25pdr- 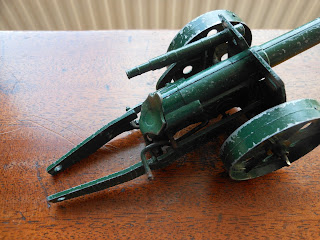 Needs some work done but will serve well .
I bought paints and brushes for the bases I bought from Warbases at Carronade Wargames Show but ,much to my annoyance,have done nothing with either yet. 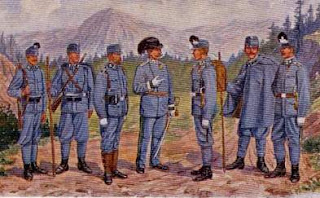 Meanwhile on the workbench (in reality a rather nice biscuit (?) tin used to store paints and hold figures on upturned lid) my Army White mountain troops are waiting where they were at a week ago.Also waiting are some Army White cycle troops and various civilians. Energy/work/real-life permitting I will try to take these and the basing forward over the coming weeks.Finally a wee competition (just for fun) to identify the nationality of the soldiers below- 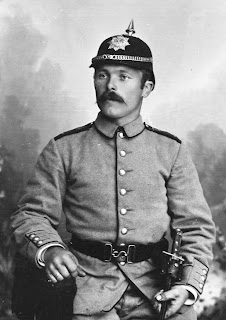 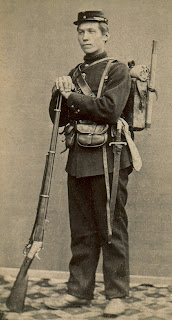 Off to watch RHS Chelsea coverage on television- viewing doesn't get much better than that...
Posted by tradgardmastare at 11:16 1 comment:

Awoke around five with my mind filled with things I need to do for work over the next few weeks and beyond .I got up at six to distract myself.I am getting into that "sleeping less and less the more tired I get" cycle again and just feel exhausted all the time. Waking at nights unable to get off again and fretting.Here we go again...Anyway I had a good time at Carronade yesterday.I met folk from my Edinburgh Uni &Legion Club days and it was good to see them. A number of games particularly caught my eye- A VBCW game with a great terrain and figures, a 54mm AWI battle which looked impressive and an ancients game in 28mm of an attack upon the Antonine Wall.Purchases were limited to bases and movement trays for my 54mm FLW armies ( Warbases came up trumps again) and a copy of the new Osprey steampunk rules for some solo gaming.I have enough bits and bobs lying around in the garage to give them a whirl.
Posted by tradgardmastare at 23:06 No comments:

I'm off for a long weekend thankfully .Yesterday saw me clearing areas of ground prior to a house extension being built by moving loads of stone chippings. I did have time to find a couple of images pertaining to my 54mm figures and gaming.Firstly some interesting cyclists-

Not a very good photo but an interesting one.Sabre practice on bikes  it appears to be.Last weekend my Army Red cyclists were going to charge a limbered gatling gun. I wonder what was the offensive capabilities of cyclists and what this photo is saying...
I am not postulating Pax Limpopop style lancers on unicycles or the alike but wonder what might have occurred.
Second phto is an excuse to ask if anyone know of 54mm scale penny farthings,I'd rather not scratchbuild if at all possible. 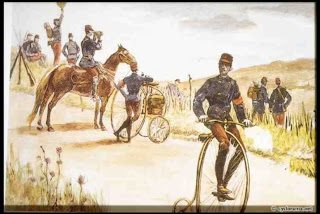 I imagine the read armbanded figures are umpires maybe staff?
Posted by tradgardmastare at 00:57 No comments:

for the first of my posting about the great weekend!
Posted by tradgardmastare at 12:15 No comments: